I can’t deny it – I’m a huge potato lover. Mashed, French fried, hash browned, scalloped, and baked: I love them all! (It must be a trait inherited from my Irish mother.)

But, as a product of the microwave generation, preparing the perfect baked potato has always eluded me. Although many have claimed excellent results from the zapper, mine seem to continuously sport an underdone center (yuk!), with a flabby skin.

The answer seems to be in returning to my roots and, like my mama before me, bake these beauties in the oven. To ensure a tender center, I skewered the potatoes with a metal rod to promote even baking. Yes, they take an hour to cook, but it’s worth it.

As a fan of make-ahead recipes, I love STUFFED POTATOES because these can be prepared earlier in the day and then broiled during the last 10 minutes of meal-prep. Also, pototes retain their heat for quite some time afterward. Thus, a perfect side dish for company when the goal is to have all dishes on the table at their peak of flavor at the same time. (In my family, there’s the added challenge of getting everyone seated at that moment.)

NOTE: Unless I have buttermilk on hand (almost never), I always make my own, especially for the small amount called for in this recipe. Just combine milk and apple cider vinegar (see amounts below).

Wash potato, then poke a metal skewer through the center, lengthwise. This adds heat to the middle of the potato so it cooks from the inside, too. (If you don’t have a metal skewer, don’t worry – they’ll still cook through without it.) Bake in preheated oven for 1 hour, until easily pierced with a fork all the way to the center (center should be 106º Fahrenheit).

Remove skewer and slice in half, lengthwise, along narrow side of potato so they lay flat. 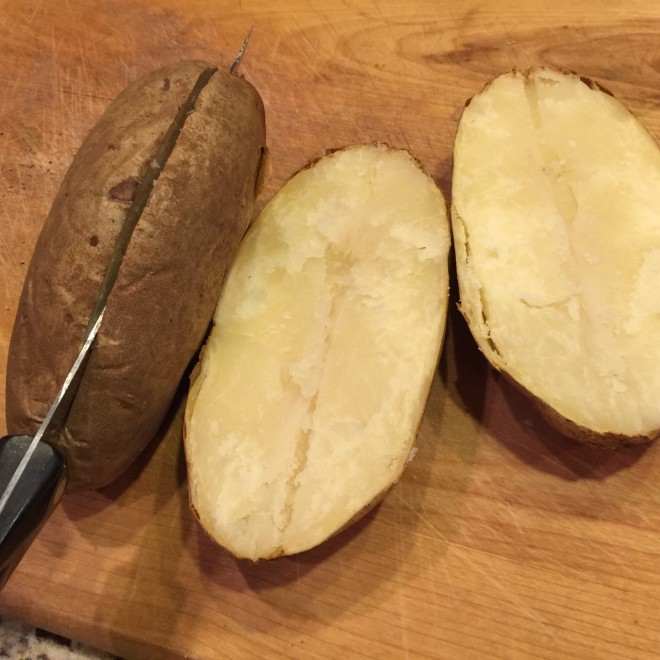 Carefully, scrap out insides, leaving 1/8″ border to support the skin. (If you scrap a bit too much in a section, just take some of the potato and smash it down to form a patch.) Place potato pulp in a bowl.

With a fork, mash the potato, breaking down lumps – you don’t need to make it as creamy as you would with mashed potatoes…unless, you want.

Add in the butter and stir until melted. Then add the buttermilk, sour cream, salt, pepper, cheese, and scallions. Mix gently, but thoroughly. 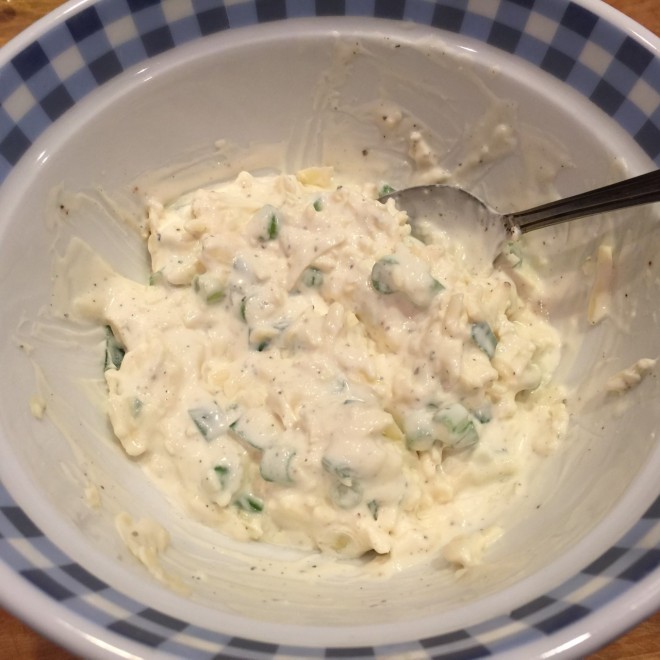 Divide equally and fill potato skins. At this point, you can cover them and complete preparation later. 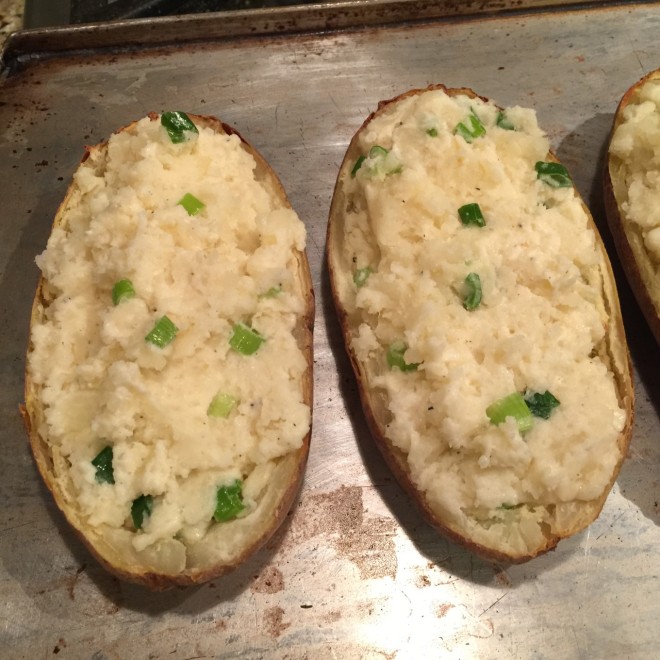 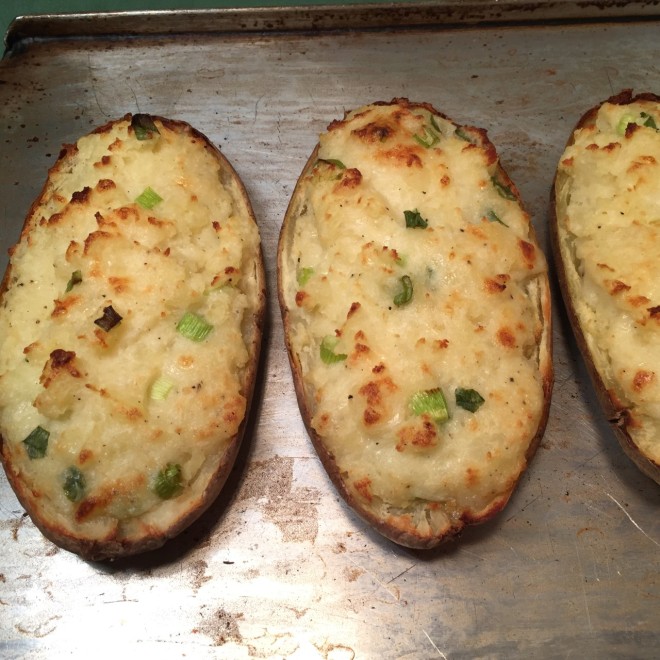