I’ve been struggling with a post topic for Halloween – there’s only so much pumpkin one can eat. Then I came across a wonderful article by Helen Nichols – 34 Science-Backed Health Benefits Of Apples. A lightbulb went off! 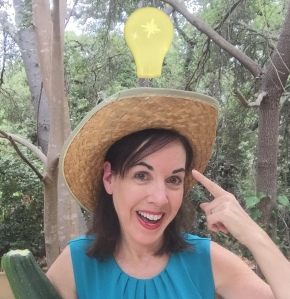 Inspired by my new-found apple information and beautiful photos, I decided to create an apple based recipe. A memory shot out from the deep recesses of my mind of a college friend who told me she made an apple omelette because it was all she had in the fridge. She couldn’t believe how delicious it was. I was skeptical, but obviously intrigued enough to file it away in my memory-bank.

Ideas began floating around me: apples… potatoes… onion… Halloween. Finally it hit me – a frittata filled with apples, potatoes, and onions, topped with melted orange colored cheese to resemble a pumpkin.

Like most egg dishes, APPLE-POTATO FRITTATA needs to set before eating so it’s firm enough to retain its shape. This is perfect for a Halloween dinner – you can make it before the trick-or-treaters come knocking at your door, then eat it during lulls in between visits. It doesn’t need to be piping hot to enjoy.

Note:  Make sure your skillet is oven-proof. The ideal pan for this recipe is cast-iron.

Additional Note:  I leave the apples and potato unpeeled for added nutrients and fibre.

Into a medium sized mixing bowl put 4 T olive oil, 1 tsp salt, and the pepper. Add in onions. Slice the potato in half, then cut each half in half in the same direction. Thinly slice each quarter in the opposite direction. Stir into onions, mixing well.

Heat 1 T olive oil in cast iron 10″ skillet over medium/high flame. Pour in onion mixture. Press down with a spatula, making an even layer. Cover pan with lid. Set timer for 15 minutes. Stir, pack down, and cover again every 5 minutes until 15 minutes is up.

Note:  Trust me on this:  set your timer, when indicated!  I realize it’s for a short period of time and you’re sure you’ll remember. Been there, done that. These short periods of time are just long enough to think you can squeeze in a small chore, which always takes longer than expected. SET YOUR TIMER!

While onions/potatoes are cooking, cut the apples: with apples sitting upright, cut down along edge of core. Turn apple 45 degrees and cut again. Do this 2 more times. Discard core. Take the 4 pieces and half them horizontally. Then make thin slices vertically. When timer goes off, stir apples into onions/potatoes. Pack down and continue cooking, covered, for 5 minutes more.

While apples are cooking, break eggs into the same mixing bowl you used for the onions and potatoes – no point in dirtying another bowl. Add in sour cream and remaining 1/2 tsp salt. Lightly whisk together.

When apple/onion/potato mixture is finished cooking, stir into eggs. Heat 1 T olive oil in skillet over medium/high and pour in egg mixture. Run a heat-proof spatula along edge of skillet for 15 seconds to stir up the eggs a bit. Smooth top, cover, and cook 5 minutes.

Uncover skillet and place in oven. Set timer for 20 minutes. Remove from oven and sprinkle on cheese, covering entire top. Put back in oven and bake 5 more minutes to melt cheese.

Remove from oven and decorate, if desired. I used black olive slices. Let set for, at least, 20 minutes before slicing. (If you’re feeling decadent, you can slather extra sour cream on top!)

Thank you, Helen Nichols, for the motivation to create this delicious recipe!

The subject of my previous post was Saag Paneer,  a delicious spinach/paneer cheese Indian dish. The best way to enjoy Saag Paneer is by scooping it up with Naan Bread. So, naturally, I decided to try my hand at this soft, chewy flatbread.

Traditionally, Naan Bread is cooked by throwing it on the sides of a tandoori oven. While I do like to do things the right way, there are limits. Fortunately, a cast iron or nonstick skillet does the trick.

While it’s not difficult to make Naan Bread, one does have to plan ahead – after making the dough, it needs to rest in the refrigerator for, at least, 16 hours.

Note:  Obviously, historically, bread was made by hand. But I’m a gal who likes to save time and energy when I can, so I HIGHLY recommend using a food processor. If you don’t own one, look into buying one – I often see them at thrift stores, if a new one is beyond your means.

Into the work bowl of your food processor, pulse together the flours, yeast, and sugar. Add in the ice water, yogurt, oil, and yolks. Blend for 10 seconds, then let rest for 10 minutes. Add in the salt and process until dough forms a ball and pulls away from the sides.

Empty dough onto lightly floured surface and knead for about 1 minute. Place in an oiled bowl, pressing down, then flipping dough to coat other side. Cover with a plate or plastic wrap. (I use the free shower caps they give you in hotels. The elastic holds tight to the bowl, and you can use them over and over.) Place in refrigerator for, at least, 16 hours.

Divide dough into 8 equal pieces and roll each into a ball. Lay them on a board or greased cookie sheet, not touching. Cover and let rest 20 minutes.

Cooking the 8 dough pieces can be done by one person, as long as you keep at it and don’t get distracted. But if you have an assistant – so much the better.

Heat a small amount of vegetable oil in a 10″ skillet (I use cast iron) over a medium flame. While it’s heating, roll out one ball on a very lightly floured surface to about 6″ in diameter. Stab (it’s called docking) rolled out dough all over with a fork to prevent it puffing up. Hold dough splayed out in one hand away from other balls and spritz it with water with the other hand. Then place dough circle wet side down onto heated skillet. (Make sure you lay the dough down carefully rather than tossing it, which will cause the heated oil to splash.) Spritz dry side with water and cover.

While first side of dough is cooking, roll out the next circle and dock with fork. When the first piece is browned on bottom (about 2 minutes), flip, cover, and cook until browned. Remove to large tea towel. Brush with a little melted butter.

Add a small amount of oil to empty skillet, pick up prepared dough, spritz with water, and place wet side down. Spritz top with water, cover, and begin on next piece. Continue as before until all pieces are cooked.

SAAG PANEER is one of my favorite dishes to order when we go to Indian restaurants. And, as it turns out, it’s quite easy to make.

One thing to bear in mind when shopping for the spinach is to buy the amount specified in the recipe – 20 ounces. It may look like enough to feed an army, but spinach wilts down tremendously when cooked.

I recommend making the paneer cheese ahead of time – even a day or two – before serving. This gives the cheese plenty of time to drain.

NOTE: In reading through the directions, you may be tempted to skip the separate cooking steps and just throw everything into the pot at once. Don’t! The onions take longer to cook than the jalapeño and garlic, which takes longer than the tomato. Cooking things in stages allows the ingredients to end up at their peak of flavor.

To make the paneer cheese, heat whole milk just to a boil. Stir in 1½ cups buttermilk and 1/2 T salt. Remove from heat. Let sit 10 minutes to coagulate. Line a colander with 3 layers of cheesecloth and set in sink. Pour in milk and let drain 15 minutes. Bring the 4 corners of the cheesecloth together to form a sack. Gently twist to expel more liquid. Finally, hang the bag for several hours to complete the draining process. To do this, tie corners together, insert some sort of stick (such as a long wooden spoon), and rest the ends on something tall enough to allow the sack to hang freely. Be sure to place a container underneath to catch the liquid unless you’re doing this over the sink.

Thoroughly wash spinach – it can be very muddy. Place in a large bowl (you may need to do this in batches), cover with a plate, and microwave for 3 minutes. Discard liquid.

In a large skillet or saucepan, melt butter. Add in cumin, coriander, paprika, cardamon, cinnamon, ginger, and cayenne. Stir over medium heat for 30 seconds to bloom spices. Add in onions and 3/4 tsp salt. Cook for 5 minutes.

Chop 2/3 cup of the cooked spinach – I use my kitchen shears for this. Set aside.

Into a food processor or blender put the unchopped spinach, half of the cooked tomato mixture, 1 cup water, and 1/4 cup of the cashews. Pulse several times to purée. Pour back into saucepan with the other half of the tomato mixture. Add in the chopped spinach and remaining 1 cup of buttermilk. Bring to simmer, cover, and cook 5 minutes to heat through.

Cube the paneer cheese into 1/2″ pieces. Stir into the spinach mixture.

Serve over rice, topped with cashews.

In our house we have broccoli nearly every night. It’s fast, it’s tasty, and it’s healthy. But sometimes one has to shake things up a bit.

So I came up with CARROT FETA SALAD to expand our horizons. No cooking is involved and can be made ahead of time. BTW, this recipe is a success at potlucks.

Put carrots, feta, oranges, and cranberries in a bowl.

Whisk together the olive oil, vinegar, honey, mustard, lemon juice, and salt. I use a mini-whisk for this – a spoon just won’t blend the dressing as well. Pour dressing over carrots and mix.

Refrigerate until ready to serve.